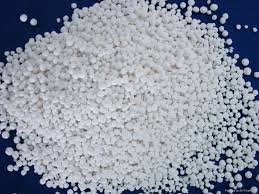 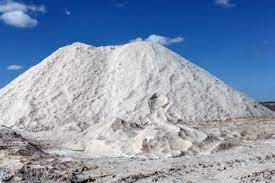 It’s important to appreciate the difference between rock salt and ice melt before finding salt manufacturers near you to supply you with de-icing or ice-melting products.

When it comes to melting snow/ice during winter, it boils down to two options, namely rock salt or ice melt. While people may use the terms to mean the same thing, they are inherently different in many ways, from their chemical composition to how they work, cost, and many other ways.

Salt manufacturers sell rock salt that is 96 – 99% sodium chloride. The rest of the salt is composed of impurities such as zinc, chromium, iron, calcium, and sulfate.

II. How They Work: De-icing vs. Anti-icing agent

III. Speed: Which one works faster?

Rock salt is cheaper than ice melt. Most salt manufacturers in the US charge approximately $10-$15 per 50 lbs. bag. The cost usually varies based on location. However, you can buy rock salt below $10 per 50 lbs. bag if you buy in bulk.

Ice melt starts at approximately $13 per 50 lbs. bag. The cost can go as high as $25 or more. Some salt manufacturers charge more because they have superior ice melt products that work better. If you purchase high-quality ice melt, you will need very little to get the job done. Generally, the cheaper the ice melt, the more you need to use. Also, you need to buy in bulk to get the best price.

Which is safer, ice melt or rock salt?

Rock salt, which is largely sodium chloride, is known to damage concrete, asphalt, and vehicles (cause rusting) over time. While ice melt can also damage concrete, it doesn’t damage asphalt. It also has limited effects on cars.

Rock salt can also be harmful to plants making it a potentially harmful product for individuals with plants, yards, and lawns. Ice melt is predominantly calcium chloride, among other ingredients like magnesium chloride making it better for plants. If you plan to get rid of ice in an area near vegetation, rock salt isn’t recommendable. Ice melt is a better alternative. There are green ice melt products in the market to consider.

Rock salt can also harm pets. Research suggests that prolonged exposure to salt can irritate a dog’s paws. It can also cause gastrointestinal irritation if ingested in small amounts. When ingested in large amounts, rock salt will elevate a dog’s sodium levels resulting in neurologic dysfunction and severe gastrointestinal issues. Ice melt is more pet-friendly than rock salt. However, it isn’t completely safe. Generally, rock salt and ice melt should be used cautiously by individuals with pets. However, the best salt manufacturers have pet-friendly options.

Which is better? Rock salt or ice melt?

The choice between rock salt and ice melt depends on many factors. For instance, if it’s not too cold, rock salt may be a better option, otherwise, ice melt works better and faster in extremely low temperatures.

Rock salt is also cheaper; however, you can get great deals when you buy ice melt in bulk. In terms of safety, ice melt is more pet-friendly and safer for vegetation and vehicles. Rock salt is known to damage driveways. However, if your driveway isn’t made of a corrodible material or near vegetation, rock salt can work.

Generally, the choice between rock salt and ice melt will depend on factors like unique needs, budget, and local temperature. It also helps to select a leading salt manufacturer to ensure you get the best product possible.