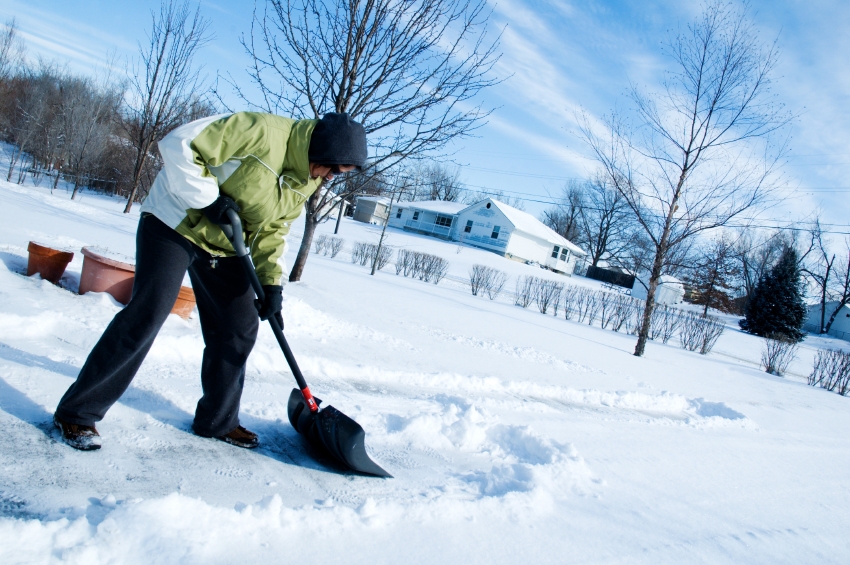 Where to Buy Rock Salt in Bulk

Where to Buy Rock Salt in Bulk 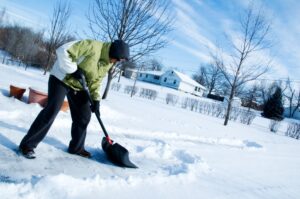 What is Rock Salt?

Before discussing where to buy rock salt in bulk in the U.S., it’s important to define rock salt and differentiate it from other products with similar purposes.

Rock salt (halite) is the natural mineral form of regular salt (sodium chloride). Rock salt looks white or colorless. It can also contain other color hues like dark blue, pink, yellow, orange, and other colors depending on the impurities present or structural abnormalities of the crystals that form it.

One of the main uses of rock salt is managing ice. It has both municipal and residential ice management applications. When spread on surfaces that tend to form ice (driveways, roads, etc.), it forms a solution called brine (water and salt solution) which lowers the freezing point of water.

This explains why rock salt is needed in winter for both residential and large-scale de-icing applications. However, rock salt isn’t the only de-icing solution. Ice melt can do the same job. What’s the difference?

Application and effectiveness: Another notable difference between ice melt and rock salt is in the effectiveness and safety. Ice melt can be formulated to be more effective and safer for specific applications.

Cost: Rock salt is cheaper than ice melt, making it a better choice when the cost is a critical factor.

Choosing a Bulk Rock Salt Supplier in the U.S.

Where to buy rock salt in bulk? Assuming rock salt will work better for you i.e., since you need a cheaper de-icing product and/or are focused on the large-scale application on roads or large surfaces, your next focus should be choosing a bulk rock salt supplier in the U.S.

There are special considerations to follow when choosing a rock salt wholesaler in the U.S. They include;

Do they have strategic partnerships that allow them to have a steady and ample supply of halite and other additives? Since rock salt is a crucial product during winter that you can’t afford to run out of and mixing brands isn’t advisable, stick to suppliers who can guarantee uninterrupted supply.

Also, capacity can be judged by the size of the operation in question. How big is the facility? If you are buying rock salt from a state distributor, do they have a production facility or facilities that meet the demand? Are the facilities and distribution points within reach? Is the supplier open about their capacity with evidence backing their claims?

It also helps to deal with rock salt distributors who guarantee the availability of rock salt throughout. As mentioned, you shouldn’t run out of rock salt mid-season. The best suppliers of rock salt in the U.S. have measures in place to ensure their customers get any product they like throughout winter. In case of extreme weather, the best wholesalers of rock salt have plans to meet increased demand.

The best bulk salt distributors are also innovative in their product variety. They usually have several products formulated for different purposes. While rock salt is purely halite, the best distributors will have different formulations and other de-icing products that their clients can buy to fulfill unique applications.

For instance, you can get safe rock salt or de-icing products that won’t affect your pets or vegetation negatively. You can also get products formulated to work in the coldest winters or for large-scale applications.

As a result, be careful about the cheapest rock salt available as it may be ineffective and costs more in the long run. However, you shouldn’t be exploited. The best and cheapest rock salt suppliers balance quality perfectly with a price.

Rock Salt USA: Where to Buy Rock Salt in Bulk in The U.S.

NorthRock Minerals is undoubtedly the leading rock salt and de-icing products manufacturer and supplier in New Jersey and beyond, attributable to a state-of-the-art production facility and a warehouse located strategically in Northern New Jersey. North Rock also has distribution partners nationwide. You can get NorthRock Mineral’s rock salt and other de-icing products (snow & ice melters) nationwide. Searching for rock salt in bulk near me, think North Rock Minerals!

North Rock is also tested and proven. Since 1993, the company has been manufacturing and distributing rock salt and other products in New Jersey and beyond. North Rock isn’t a new company trying to cash in during winter. Their products are almost decades old!

The company also guarantees supply throughout the cold season. Through partnerships with the largest producers of rock salt and other de-icing ingredients (calcium chloride, other salts, and additives), NorthRock is able to deliver products to all its clients throughout winter.

North Rock also has a great product variety and great prices. There are rock salt and other de-icing brands to choose from at great prices. If you want de-icing solutions that are safe for your lawn, pets, plants, etc., NorthRock has such products.

Now that you know where to buy rock salt in bulk, it’s important to understand why it’s prudent to buy a season’s supply of rock salt. There are many pros to buying rock salt in pallets or bulk instead of in small batches. Here are the key pros;

Most things that are bought in bulk, including rock salt, come with economies of scale. Suppliers of bulk rock salt are able to discount bulk purchases. This is factual and can be proven easily by calculating the cost of buying an individual package of rock salt (50 lbs. bag) and the cost of buying the same in bulk.

If you use a lot of rock salt throughout winter, it is definitely cheaper to buy pallets. Savings range from hundreds to thousands per household, depending on factors like the area of your home or business premises.

The demand for rock salt rises exponentially in winter for obvious reasons. This demand usually creates shortages during long cold seasons. Buying rock salt in pallets ensures you have enough product to outlast the coldest winter season. While some suppliers may have guarantees, you may be forced to wait or endure other inconveniences during cold winters. Most importantly, you beat the crowds that are known to buy last minute (at the start or during winter).

Running out of rock salt during winter isn’t just an inconvenience but also a safety risk. Some trips around your home and beyond can be incredibly risky to make during winter if you don’t have rock salt. What’s more, it’s also a risk driving around looking for rock salt during extremely cold seasons. Buying rock salt to outlast winter will ensure you take only the safest and most necessary trips.

You don’t need to use less rock salt during winter to ensure your product lasts to the end. The effectiveness of de-icing products goes beyond quality. You should apply rock salt and other de-icing products as directed. If you put less than recommended, you won’t get the desired results. Buying bulk rock salt eliminates the need to skimp or find other ways of cutting corners.

Leading rock salt and ice melt brands are susceptible to counterfeits, and most victims of counterfeits are targeted during shortages. To avoid buying the wrong product, stock up early by buying directly from the manufacturer or authorized suppliers only.

Yes! Rock salt, ice melt, and other de-icing products can be purchased in pallets or other bulk packages from manufacturers of rock salt and their distributors.

2. Should You Buy Rock Salt in Bulk?

Since you will still use a certain amount of rock salt every winter, you may as well make one cheap bulk purchase instead of making many small expenses, and potentially inconveniencing purchases.

3. How Much Does a Truckload of Salt Cost?

How much will a ton of rock salt cost me in the U.S.? The cost of rock salt or salt will vary depending on many factors ranging from brand to quality, demand, and tonnage per purchase. One ton of rock salt will generally range from $240 to $300. However, the price can fall out of this range based on the factors mentioned above or more.

One lb. of rock salt varies based on factors like quantity. If you are buying tons of rock salt, one lb. will obviously cost less compared to when buying a few bags. On average, a 50lb. bag of rock salt will cost from $6 to $8, with the cost falling outside this range for multiple reasons ranging from shortages to brand.

5. How Many Bags of Rock Salt are in a Pallet?

A pallet of rock salt typically weighs 2,500 lbs. Considering each rock salt package (bag) will usually weigh 50lbs, one pallet holds approximately 50 bags of rock salt. The number of bags per pallet will obviously be more or less depending on the weight per bag or the unique packaging of a manufacturer.

Assuming one pallet weighs 2,500 lbs., there are approximately 62, 40lbs bags of rock salt per pallet.

You should expect 0.5 lbs. to cover one square foot. A 50 lbs. bag should therefore cover approximately 100 square feet. However, the amount of rock salt used can vary and fall beyond this range based on the severity of the cold season.

8. Is Kosher Salt the Same as Rock Salt?

Like rock salt, Kosher salt is largely sodium chloride. However, the exact composition of the salt may vary from that of rock salt.

9. What is the Difference Between Rock Salt and Sea Salt?

10. Deciding Between Rock Salt and Ice Melt. When Should You Use Ice Melt?

As mentioned above, rock salt differs from ice melt in several ways that inform the difference in uses. For instance, the cost difference makes rock salt a preferred choice when you wish to spend less. Rock salt is more economical. However, ice melt works better when there is extreme weather.

The answer to where to buy rock salt in bulk lies in reputable manufacturers and distributors of rock salt. North Rock Minerals is a recognized bulk rock salt seller in New Jersey and beyond. The seller has been tested and proven since 1993. North Rock also has many de-icing products, offers the best rock salt prices, and comes with other notable advantages.

Where to buy rock salt in bulk should be followed up by how to store rock salt. Bulk rock salt should be stored in a dry place free of moisture/humidity and away from pets and children. The salt should also be protected from sunlight as heat, and other environmental conditions can change the chemical composition and compromise effectiveness. Look for specific bulk rock salt storage instructions in the packaging.