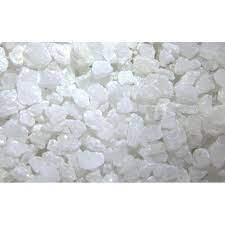 Your ability to choose the highest quality salt or best ice melt will depend on how informed you are about the types, proper usage, and other important factors. Unfortunately, there are many myths about ice melt that may prevent you from making an informed decision. Before you choose a preferred ice melt and start using it, here’s what you should know.

I. Ice melt is expensive

While ice melt is generally more costly than alternatives like rock salt, the price can match that or rock salt or be lower if you buy in bulk. Saying ice melt is expensive isn’t, therefore, entirely true and subject to how much you buy and other factors i.e., where you buy.

II. Ice melt is the best for the coldest temperatures

Since ice melt is an anti-icing agent, it is assumed it must stop new ice from forming. However, the effectiveness of ice melt is dictated by factors such as temperature. Ice melt will work at lower temperatures than rock salt i.e., -15 to –25 degrees Fahrenheit.

However, any temperature below this range will affect the effectiveness of ice melt as an anti-icing agent. If temperatures fall below –25 degrees Fahrenheit, it’s advisable to take other measures i.e., pre-salting your driveway.

There is a common misconception that all salt-based products are used for getting rid of ice/snow damage concrete and asphalt driveways. This isn’t the case. While ice melt can damage concrete, it is less harmful than rock salt, which is usually 96-99% sodium chloride.

Ice melt can damage concrete but won’t damage asphalt. Ice melt also has a limited effect on cars. Provided it is used as instructed and removed when its work is done, ice melt is safe.

While ice melt contains less salt than rock salt making it more pet friendly, this shouldn’t be mistaken to mean that dogs and other pets should be allowed to ingest ice melt. Pets like cats and dogs shouldn’t ingest salt in large quantities. Research shows that salt consumption in dogs can cause sodium ion poisoning, excessive thirst, vomiting, depression, tremors, vomiting, seizures, and even death in extreme cases.

Pet owners must exercise caution even when buying the highest quality salt for melting ice. What’s more, even if pets don’t ingest ice melt, it can irritate and crack their paws.

The highest quality salt sold by renowned manufacturers is formulated with safety in mind and hardly possesses any direct serious risk to human health.

Since different ice melt is formulated differently, it’s not accurate to conclude that all ice melt works at the same time. Some ice melt will work fast. If you are using ice melt that works slowly, there may be several reasons for this.

For instance, the temperature could be too low (past the threshold for ice melt to work effectively). Some ice melt formulations may also work faster than others. Buy from reputable ice melt manufacturers to get a product that works in minutes.

Contrary to popular belief, using a lot of ice melt doesn’t necessarily mean there will be better results. In fact, you require very little quantities of the highest quality salt or ice melt to get the job done.

While most low-quality ice melt is cheap, you must use a lot of it to get the same results you enjoy with small quantities of high-quality ice melt. The focus should therefore be on the quality of the ice melt in question as opposed to quantity.

The climate and temperature also dictate how ice melt works. Increasing the quantity of salt used doesn’t translate to faster melting if the air lacks moisture (below 15 degrees Fahrenheit).  Over application can also introduce hazards like slipping, falling, and property damage.